Following the map on the right, we begin our tour along the Jersey Cape's "Historic Trail" on US Route 9 in Beesley's Point; travelling south on Route 9.

Seaville & Tuckahoe
Proceeding south on Route 9, we find the Friendship School and the Friends Meeting House in Seaville. Taking Route 50 north, we see Tuckahoe's Railroad Station in historic Tuckahoe (named after one of the Lenape Tribe subdivisions; the Tuckahoes lived along the Tuckahoe River, while the Kechemeches ruled from Cape May Court House to Cape may Point).

Marshallville & Woodbine
Following the map on Route 49 to the Marshallville - Woodbine - Dennisville Road, we pass through the early glass-making village of Marshallville. Our next stop is the Woodbine Brotherhood Synagogue, which was built in the 1890s and is still used during the high holy days.

Dennisville
Continue south to Route 47 and the Historic Town of Dennisville. Scattered throughout Dennisville are many historic homes which have been authentically restored. Many of these structures were crafted by local shipbuilders during the late 18th and early 19th Centuries.

Great Cedar Swamp
Continuing south along Route 47, note the swamps and marshes which line the road. This area, known as the "Great Cedar Swamp," is where the cedar shingles were cut to replace the original roof of Independence Hall in Philadelphia.

Sea Isle City & Swainton
Follow the map to Sea Isle City to visit Saint Joseph's Roman Catholic Church, which was built in 1884. Return to Route 9, south to Swainton. Leaming's Run Gardens and Colonial Farm is situated on the property once owned by Christopher Leaming, one of the County's founding fathers. The 22-acre gardens offer a panorama of color and natural beauty which enchants visitors of all ages. Also on Route 9 in the Swainton area is the New Asbury Methodist Church.

Attractions
Take Avalon Boulevard into the seashore resort of Avalon, where the former Avalon Lifesaving Station, built in 1894, is now a private home. Return to Route 9, traveling south about 2 miles to the Cape May County Park and Zoo on the right and further south to the Cape May County Historical Museum on the left. The museum is in the John Holmes House; the original portion of the house was built before the American Revolution. Continuing south along Route 9 in Cape May Court House, the county seat, we'll see dozens of beautifully restored homes. The "Old Court House Building", completed in 1850, is still used today for special meetings.
Making our way to North Wildwood via Stone Harbor Boulevard, we pass the Wetlands Institute and the Stone Harbor Bird Sanctuary. Following Ocean Drive into North Wildwood, we find the Hereford Inlet Lighthouse at 1st Street and Central Avenue. The Lighthouse is open for tours and serves as an information center and museum. Extending from 16th Street in North Wildwood to Crest Avenue in Wildwood is the famous Wildwood Boardwalk. Built at the turn of the Century, it was moved one block from Atlantic Avenue to its present site due to the natural expansion of the beach. The George Boyer Historical Museum, located on the Holly Beach Mall, highlights the early history of the Wildwoods, formerly known as Holly Beach. Following Ocean Drive south to Wildwood Crest, we sight what was once Turtle Gut Inlet in the area of New Jersey and Miami Avenues.

King Nummy Trail
As indicated on the map, there is and alternate route into North Wildwood. This route, now know as Indian Trail, was once called King Nummy Trail, after the Chief of the Kechemeches tribe. The Kechemeches hiked this trail from the Delaware Bay (which they called Whittuck) to the ocean where they fished and gathered clams and oysters. Nummy Island, situated somewhere in Jenkins Sound between Middle Township and Anglesea, is said to be the burial site of King Nummy.

Victorian Cape May
Continue south on Ocean Drive to Victorian Cape May, "The Nation's Oldest Seashore Resort." Over 600 wooden Victorian structures can be found throughout this famous city. Guides in horse-drawn carriages and trolleys conduct tours of this quaint Victorian town which reminds the visitor of a by-gone era. The U.S. Coast Guard Training Base at Pennsylvania and Buffalo Avenues is the only Coast Guard "boot camp" in the Country.

Town Bank
Retracing our path on Sunset Boulevard and returning to West Cape May, we head north on Broadway and out of the Cape May area. Cross the Cape May Canal bridge, turning left on Route 9, passing the Ferry Terminal, continuing north along the Delaware Bay to Town Bank. Town Bank was once a thriving whaling community and the 1st "county seat." Scattered throughout Lower Township are several restored homes once belonging to captains of whaling ships. On Bayshore Road in the Villas section of Lower Township is the Fishing Creek School. This 1-room schoolhouse is now a private home.

Old Brick Presbyterian Church
The Old Brick Presbyterian Church, at 780 Seashore Road, was built in 1823 and is still in use today. Many of the early settlers of Cape May County are laid to rest in its cemetery. Situated between Route 9 and Seashore Road in Cold Spring is Historic Cold Spring Village. This restored, 19th Century South Jersey Farming Village depicts life as it was in Cape May County in the mid 1800s. Authentically costumed craftspeople make history come alive as they demonstrate age-old crafts using traditional tools and materials. Plan to spend time browsing through the shops. The Marine Museum, on the Route 9 side of the Village, traces the County's maritime history and its close relationship to the sea. 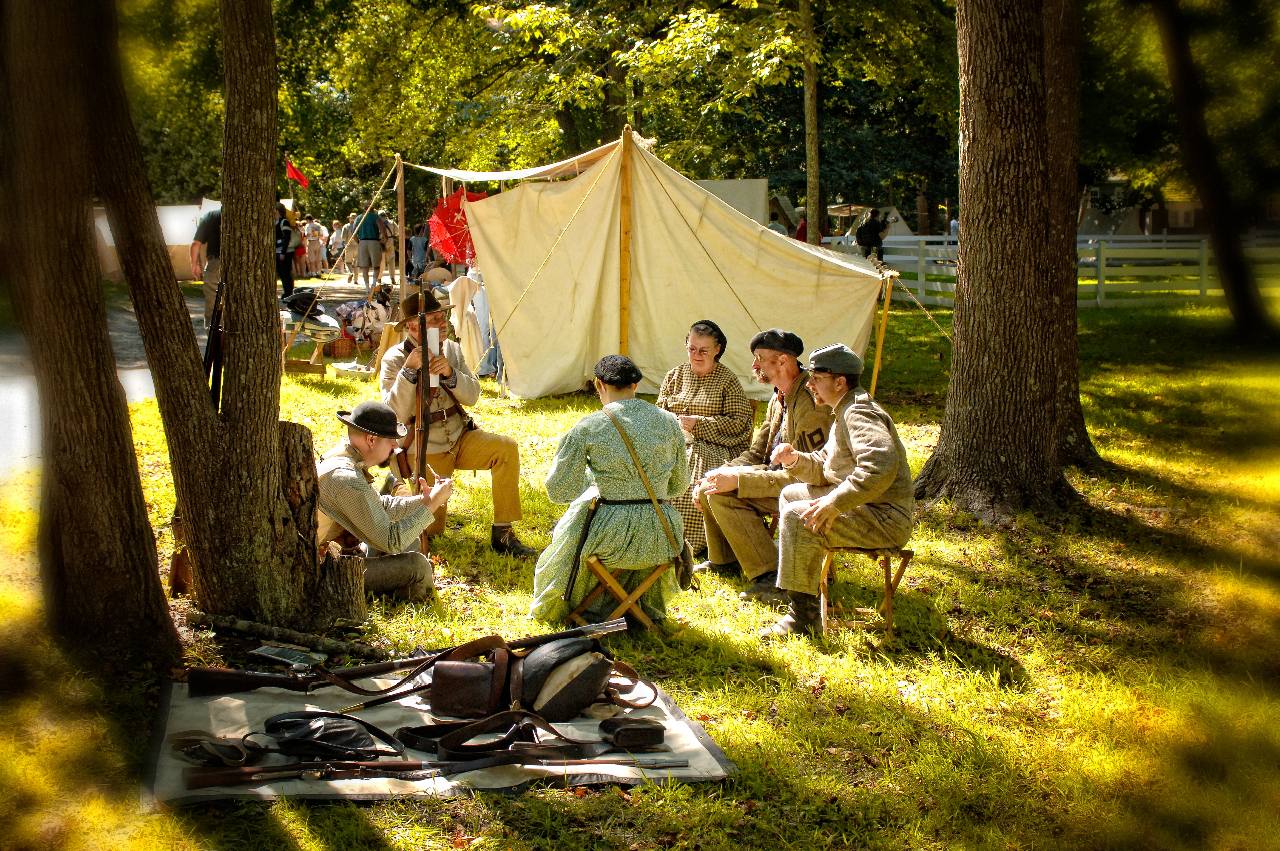 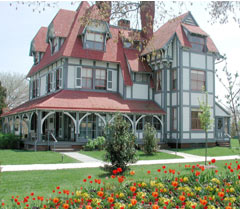