The Prison Rape Elimination Act (PREA) was passed in 2003 with unanimous support from both parties in Congress. The purpose of the act was to “provide for the analysis of the incidence and effects of prison rape in Federal, State, and local institutions and to provide information, resources, recommendations and funding to protect individuals from prison rape.” (Prison Rape Elimination Act, 2003). In addition to creating a mandate for significant research from the Bureau of Justice Statistics and through the National Institute of Justice, funding through the Bureau of Justice Assistance and the National Institute of Corrections supported major efforts in many state correctional, juvenile detention, community corrections, and jail systems. 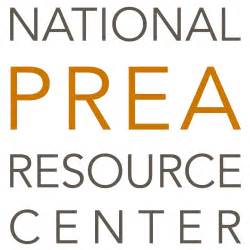 The act also created the National Prison Rape Elimination Commission and charged it with developing draft standards for the elimination of prison rape. Those standards were published in June 2009, and were turned over to the Department of Justice for review and passage as a final rule. That final rule became effective August 20, 2012.

In 2010, the Bureau of Justice Assistance funded the National PREA Resource Center to continue to provide federally funded training and technical assistance to states and localities, as well as to serve as a single-stop resource for leading research and tools for all those in the field working to come into compliance with the federal standards.

Consistent with the law, the Cape May County Sheriff’s Office maintains a zero-tolerance policy regarding sexual abuse, sexual harassment and excessive force against inmates. Zero tolerance for the purpose of sexual abuse and sexual harassment committed by an inmate or staff member means that it is strictly prohibited, thoroughly investigated, subject to disciplinary action, and will not be tolerated. All third party reports will be investigated.

When the Cape May County Sheriff’s Office/Cape May Prosecutor’s Office conducts it's investigations into allegations of sexual abuse it shall do so promptly, thoroughly and objectively for all allegations including third-party and anonymous reports or reports from the outside entity designated by the facility administration as the entity who shall provide a staffed hot line as a means for inmates to externally report incidents of sexual abuse.

If you believe an inmate has been subject to any of these acts while in this agency's custody, contact the Cape May County Sheriff’s Office Internal Affairs Investigation Unit at x4506 or x4507.