The Sheriff is the highest and only Law Enforcement Official elected by the people. 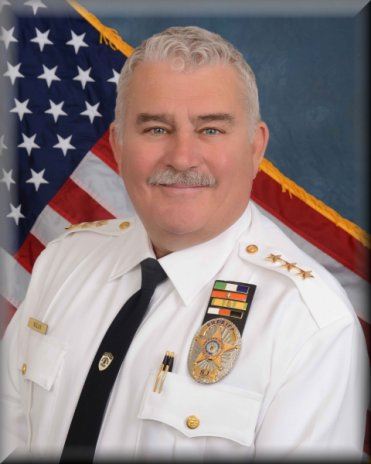 Bob Nolan has served the Cape May County Sheriff’s Office for over 33 years, the last 7 years as Undersheriff.

Bob began his career in law enforcement with the Cape May County Sheriff’s Office in 1984 as a corrections officer. After graduating from the Cape May County Police Academy in 1987, he worked his way to Chief Sheriff’s Officer and in 2010 became the Undersheriff, overseeing the law enforcement division as well as managing and participating in all civil functions of the Sheriff’s Office. Bob is focused on eliminating illegal narcotics and has played a major role in developing bomb and drug-sniffing K-9 Unit teams.

Bob dedicates much of his free time to his community, including serving as the Lower Township Board of Fire Commissions president.  He has contributed his time and talents on Lower Township City Council as the deputy mayor while also representing Council on the Planning and Environmental Boards. Bob is currently a member of the New Jersey Sheriff’s Association, the International Association of Chiefs of Police, the Town Bank Volunteer Fire Company and the Union League of Cape May County.

Bob resides in North Cape May with his wife, Michelle. They have been married for 38 years and together have three children and five grandchildren.

The Sheriff's of Cape May County

On February 7, 1692, at the home of Benjamin Godfrey, the first town meeting was held for the purpose of conducting public business. Timothy Brandereth officially became Cape May County's first Sheriff at that meeting. As of 2018, there have been a total of 100 Sheriff's to date, some of which served multiple 3 year terms for 109 total terms.