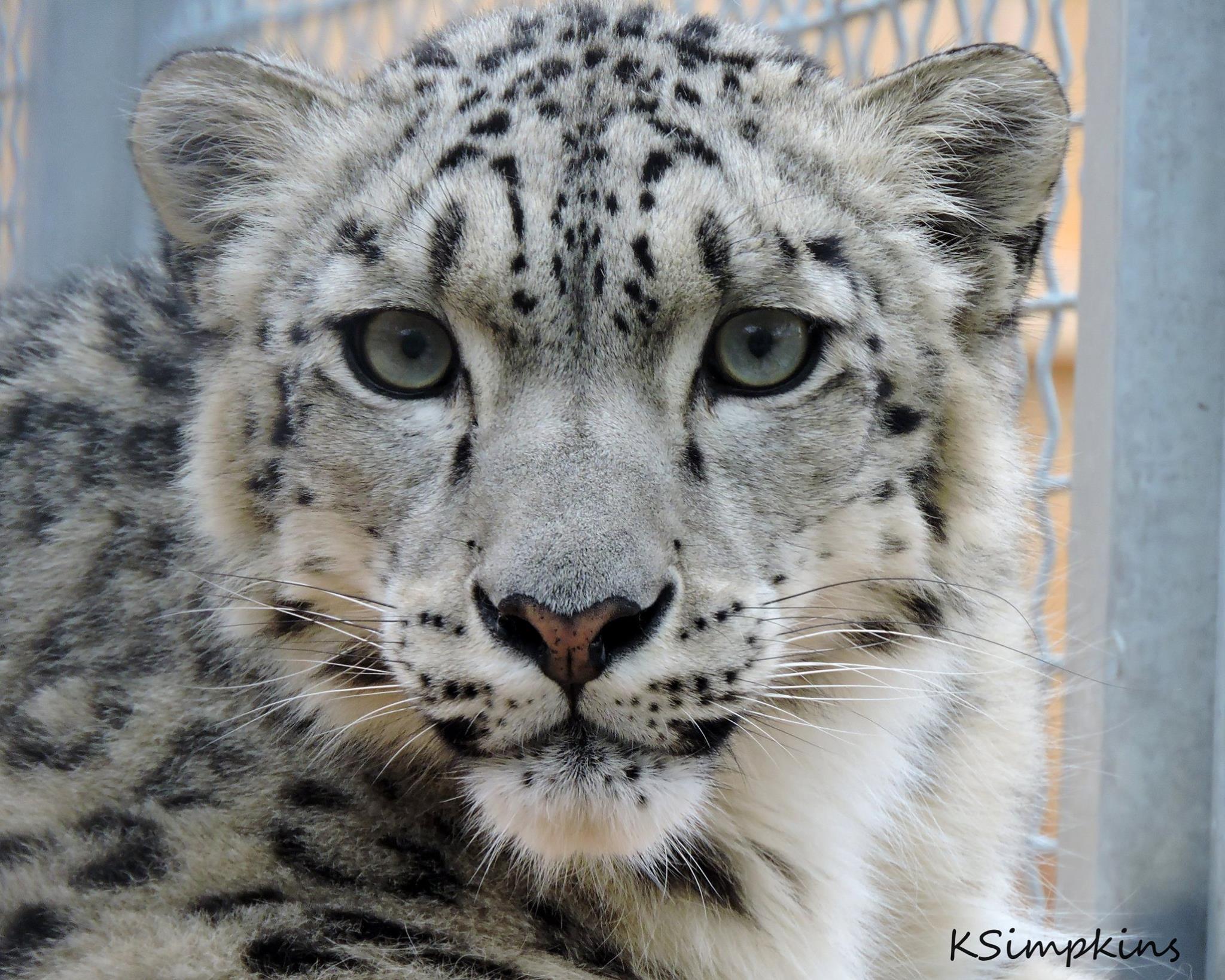 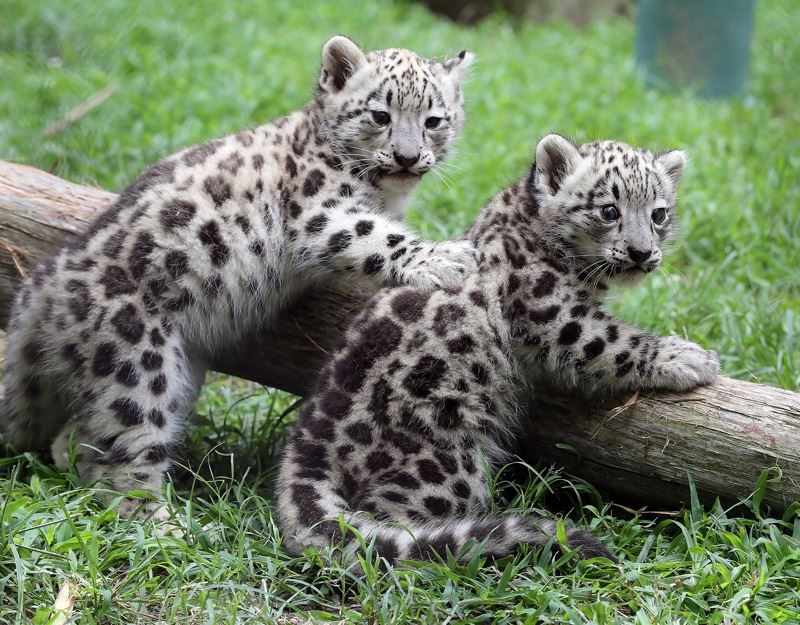 Habitat and Range: Central and south Asia, they prefer broken terrain of cliffs, rocky out-coves, and ravines within the mountains.

Captive/wild lifespan: In captivity they have been known to live up to 22 years, this would be less in the wild but do to their very elusive lives there is no concrete number of years.

Gestation: 1-3 cubs are born after 93-110 gestation period. Usually in June and July.

Diet: Carnivore- their main source of food being Ibex and Blue Sheep

Adaptations: When calling the mountains home you need to be ready for the cold. Snow Leopards do this with 5 inch long fur that covers everything but their nose, a tail long enough to cover their nose, and powerful hind legs for jumping from cliff edge to cliff edge. Males are 30% larger than females and weigh up to 120 pounds. Females can be as small as 77 pounds. Their tail is the whole length of their body and can be up to 45 inches in length.

Conservation: A beautiful coat comes with a beautiful price tag, and a Snow Leopard faces that threat every day; however they have been protected from hunting in most of the 12 states they call home since 2009. They also face not just hunting of their own kind but over hunting of the prey they rely on. With fewer prey the cats were looking to local farmers for an easy meal of sheep. This became a problem and unfortunately the cats would pay with their lives. Some organizations work with farmers rather then the cats directly in educating them on better herd management to reduce the conflict between them and the cats.

Did you Know: Snow Leopards are crepuscular, meaning they are most active in the early morning and evening. Living in below freezing temperatures their nasal passage actually heats the air in breathes before it gets to their lungs.

Here at the CMC Zoo: Himani is our resident female Snow Leopard here. She was born on June 1st, 2003 and came to call our zoo home in 2009 from the Knoxville Zoo. She is a mother of 7 cubs total and was an excellent mother. Her keepers say she puts up a tough girl front but in reality is a very sweet cat and enjoys her keepers company.  She can be found in her own habitat on the pathway of diversity heading out to the Giraffes.
In 2015 we received a male, Bataar, from the Bronx Zoo. He shares a new "state of the art" exhibit with Maliha that features a nose to nose with the visitors, viewing window. Maliha joined us recently from the Roger Williams Zoo in December 2020 as part of the successful breeding program in strict alignment with AZA's Species Survival Program.