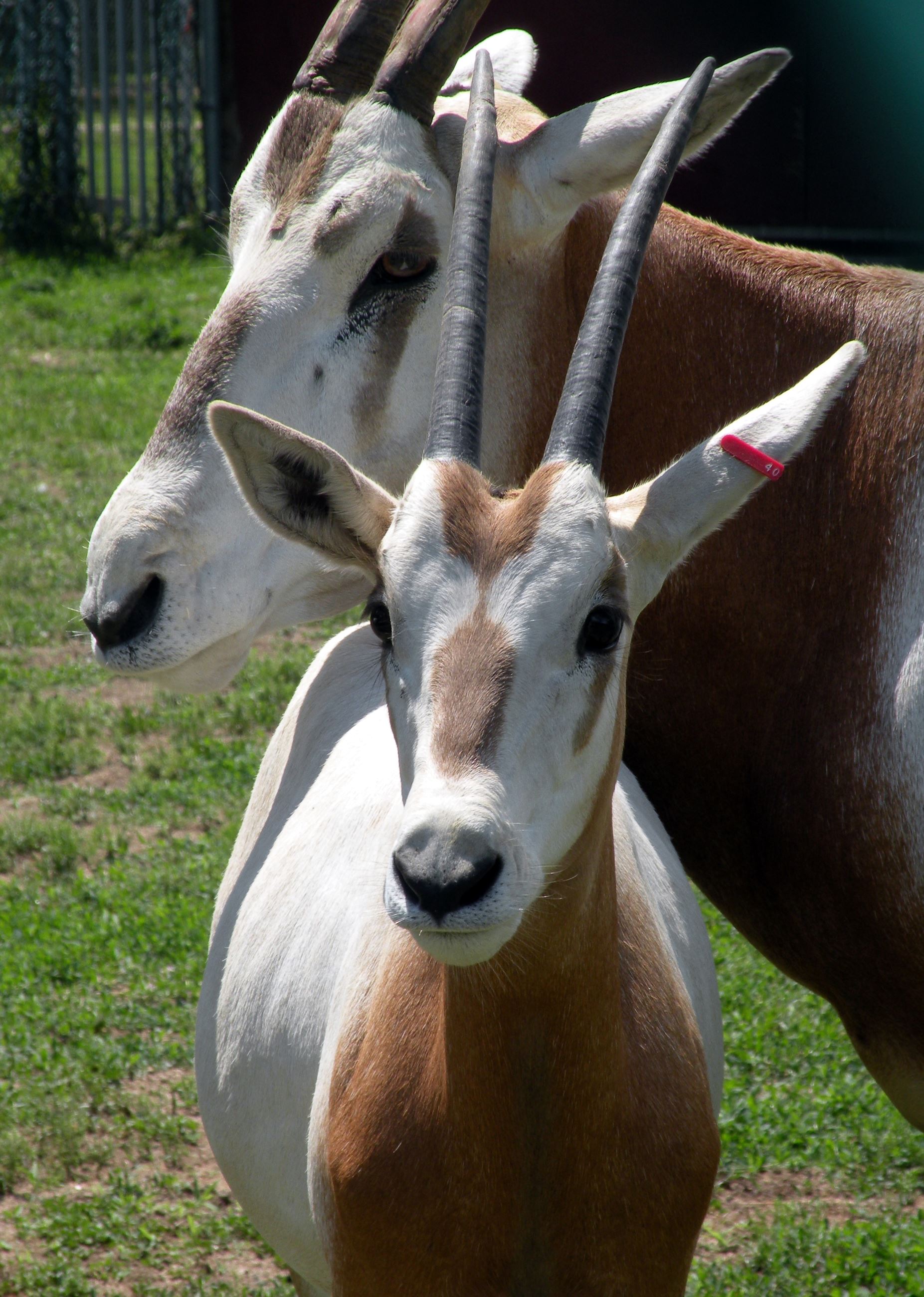 Captive/Wild Lifespan: up to 20 years in captivity, there is no data collected on wild lifespans.

Adaptations: The large, spread hooves are well-adapted and allow these Antelopes to walk on the sand of their dry habitat. They can tolerate high temperatures that would be lethal to most mammals. They have a network of fine blood vessels that carry blood from the heart to the brain, passing close to the nasal passage and thus allowing the blood to cool by up to 5 °F (3 °C) before reaching the brain, which is one of the most heat-sensitive organs of the body. Both male and females have horns but differ in size with males being slightly larger. females range from 200-320 pounds and stand around 3 feet tall at the shoulders. Males being larger weigh 300-460 pounds and up to 4 feet tall at the shoulders.

IUCN Status: Extinct in the wild 2008

Conservation: Over hunting, habitat loss and competing with domestic livestock are believed to be the reason for the wild extinction of this animal. In the 1960's a global breeding program was initiated. 2005 it was estimated around 1,500 individual animals were being managed in the program. Private collections including the United Arab and Game hunting ranches in the United States estimates about 5000 more captive individuals. As part of a reintroduction project some have been released in protected national parks.

Did you Know: it is thought that the Oryx is the cause of the unicorn myth. Certain angles of these animals they can look very horse like and in some cases lose a horn which would make them look like the fabled unicorn

Here at the CMC Zoo: We have a herd of five total living here at the CMC Zoo. Hjerti (pronounced herti) was born on May 16, 2010 and came from the Kansas City Zoo in 2013. We have 4 others born here at our Zoo. Trixie and Norton were born in 2014 and Newman and Cosmo were born here in 2015. You can find them living in our African Savannah exhibit at the furthest end of the Pathway to Diversity.