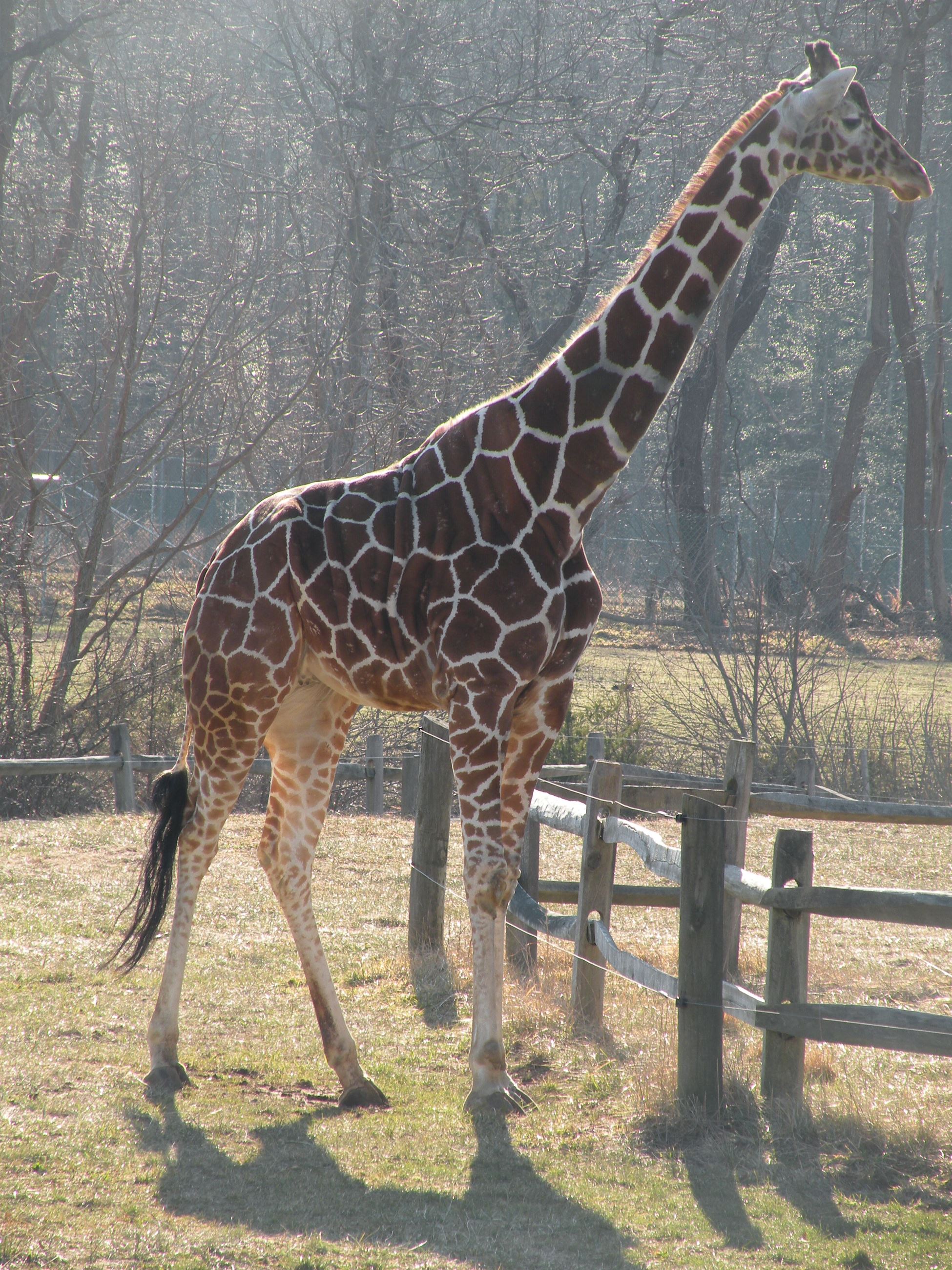 Habitat and Range: Isolated pockets through out Africa mostly in arid and dry-Savanna zones or sub Saharan Africa wherever trees occur.

Gestation: One calf is born after 15 months of pregnancy. Calves are born at an average of 6 feet tall and can stand within 5 minutes. 20 minutes later a calf can run close to the same speed of its mother. Giraffes do everything standing up including giving birth. When the calves are birthed they fall an average of 5 feet , this breaks the umbilical cord and jolts the calf into breathing on its own.

Adaptations: A Giraffes Height Comes with many advantages including being one of the only Mammals to reach the tree tops of the Acacia Trees. With an average of 6 foot long legs and a 6 foot long neck they can tower 14-19 feet in height. An 18 inch long tongue gives them a little more assistance in ripping off the tender leaves from the branches. Weighing up to 2,100LBS they need massive feet to carry that weight. Their feet average 12 inches in diameter, roughly the size of a dinner plate.

Conservation: Poaching, habitat loss, and degradation are the biggest threats Giraffes face. National Parks such as Waza, Boma, Zakouma and Kruger National Parks are just a few parks that concentrate on protecting and maintaining wild populations of Giraffes in Africa. There are also different animal based facilities around the globe such as AZA Accredited zoos that maintain a captive breeding population to ensure a healthy gene pool in the event of wild extinction.

Did you Know: The name "giraffe" has its earliest known origins in the Arabic word Zarafa. The name is translated as "fast walker".

Here at the CMC Zoo:  Reticulated Giraffe call the Cape May County Zoo home. The boys rule at our Zoo.  Kifeda was born here November 11, 2017. We also have Jambazi and Beau who buzz around the yard like lively brothers when the weathers nice.