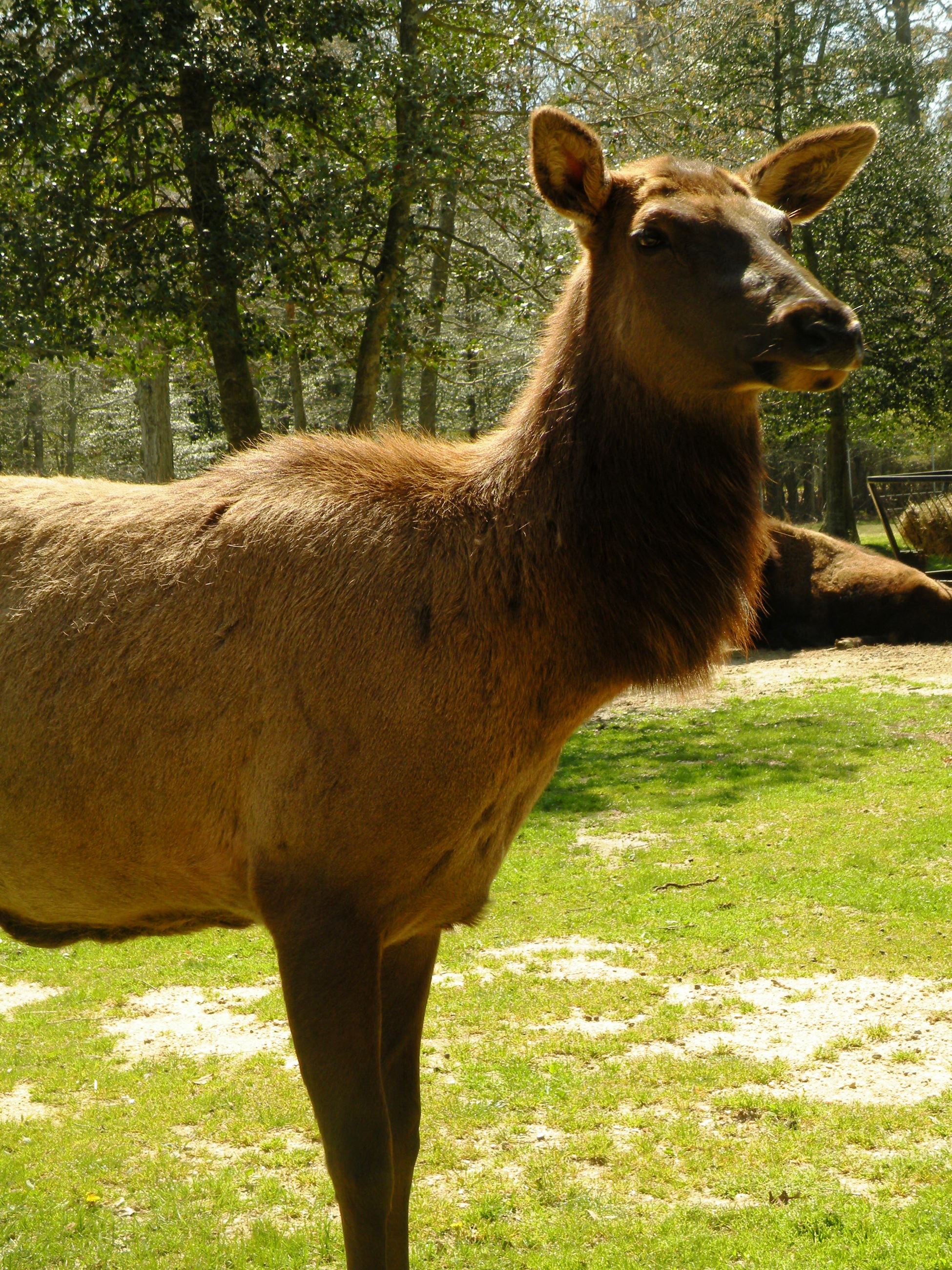 Adaptations: Being social animals they spend most of the time living in large herds upwards to 400 individuals and it is controlled by a single cow (female elk). The sexes separate in the spring when the calves are born.

Special Interest: Elk are also knows as 'Wapiti' which means 'white rump' in the language of Shawnee

Here at the CMC Zoo: Our Elk, Emma, lives in the yard with the bison. She likes to take a bath in the pond. New comer Edith lives next door in the Alapaca neighborhood but could be moving to the Bison yard soon. They both do not like being called a reindeer or moose.