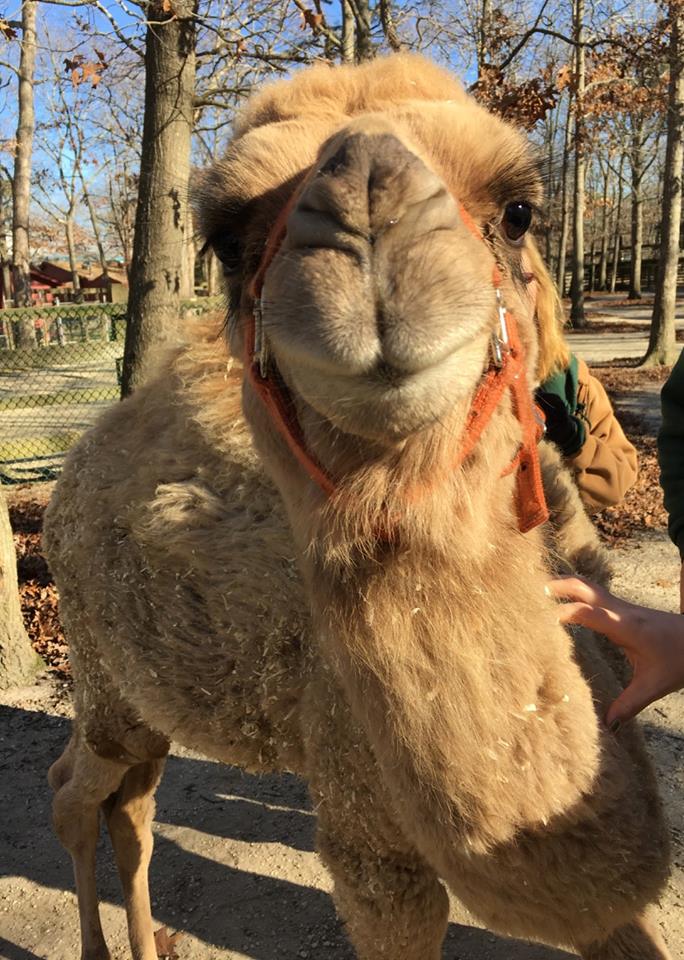 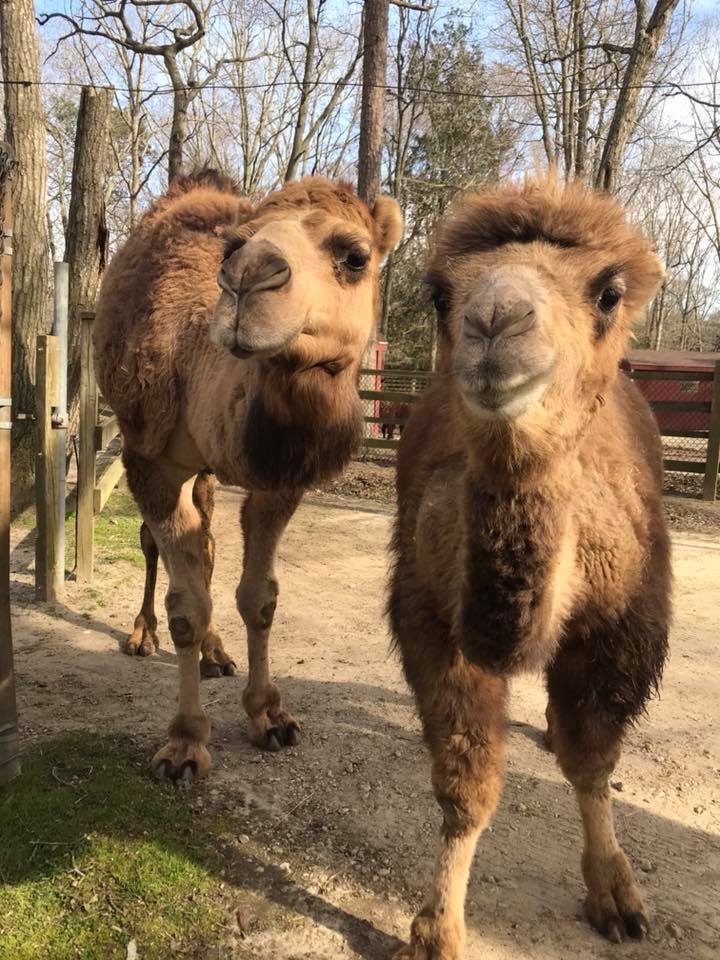 Habitat and Range: Deserts and scrub-lands from Northern Africa to western India. A small population of Bactrian camels are found in the Gobi Desert in Mongolia.

Diet: Herbivore- vegetation mostly bushes and shrubs which consist of 70% of their diet. They are capable of drinking 30 gallons of water in 10 minutes. They require 6-8 times more salt than other animals to aid in water absorption.

Adaptations: They have long eyelashes and flared nostrils that can plug themselves to keep out sand.

Special Interest: They can fluctuate their body temperature from 93 F-107 F to prevent from sweating.

Did you Know: Their hump is actually a fat reserve and not water.

Here at the CMC Zoo:   "Marty," is our dromedary camel. Dromedarys have only one hump!  "Walter," is our Bactrian camel. Bactrians have two humps!  Marty is a juvenile male dromedary camel that came from New York on January 4th, 2016.  Walter was born April 1, 2017 and joined Marty shortly after.