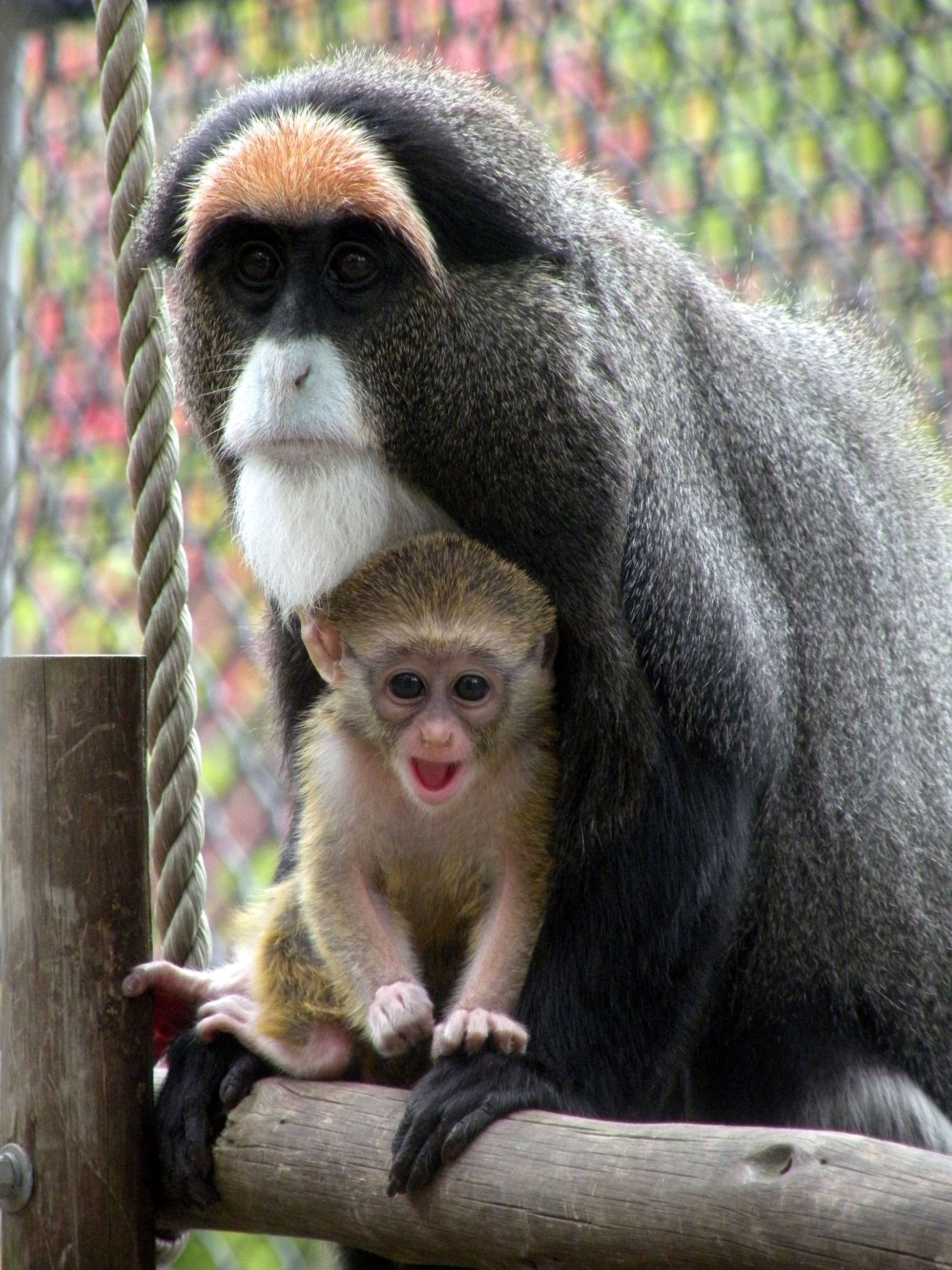 Habitat and Range: Wetlands and forests in Central Africa.

Captive/Wild Lifespan: Upwards of 30 years in captivity and around 22 years in the wild.

Gestation: About 5 months then 1 (rarely 2) offspring are born.

Diet: Omnivore– fruits, seeds, arthropods, reptiles and birds. 75% of their diet is leaves. They have large check pouches on their side of their mouth.

Adaptations: They are known for being excellent swimmers and are usually found around water. Unlike most primates, De Brazza's communicate through physical actions such as shaking tree branches and facial expressions. They do vocalize through a booming sound but this isn't used as much as facial expressions and is for long distance or out of sight calling.

Conservation: Deforestation and hunting for both meat and as an agricultural pest have caused localized declines in numbers, but as a whole the species is holding strong. A large number reside in protected areas throughout it range.

Did you Know: This diurnal Old World Monkey gets its name from French explorer Pierre Savargnan de Brazza. When frightened these monkeys freeze; and it has been recorded that they stay motionless for up to 8 hours.

Here at the CMC Zoo: We have a small troop consisting of siblings Tot, and Fry. Fry is the youngest of the two born on November 9, 2011. He is still young so he is very spunky and curious. His sister Tot was born on October 12, 2009. DeBrazza's monkeys are also sexually dimorphic, with females being much smaller than males. So even though she is the older sibling, her younger brother is about twice her size!