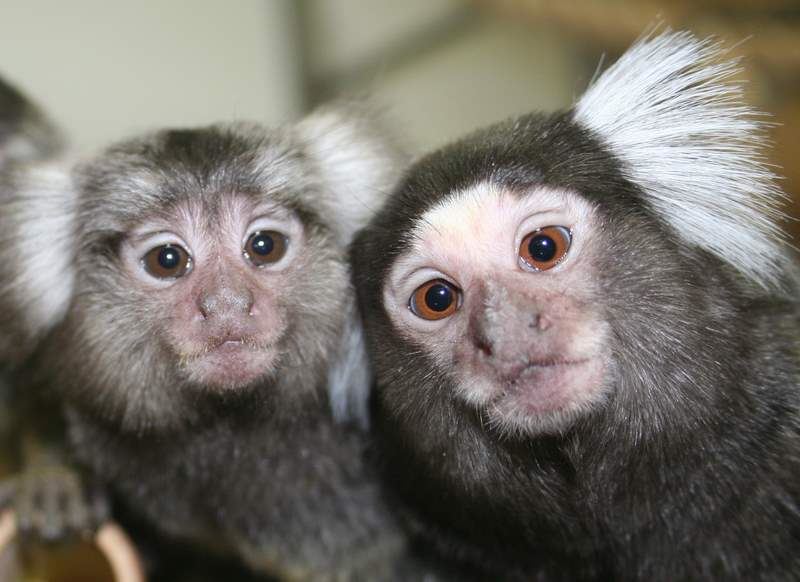 Captive/Wild Lifespan: up to 12 years

Adaptations: At night the members of a group sleep together in dense vegetation or on a tree branch. They will often bite holes in the bark of trees a lick up the up the gum that seeps from the holes.

Conservation: They naturally occur within many preserved areas in South America

Did you Know: They do have thumbs, but are not opposable

Here at the CMC Zoo: Nico was a private donation in 2009 so his background and birthday are unknown. His keepers say he is awesome and loves to people watch. His favorite nesting place is Build a Bear Factory Boxes.