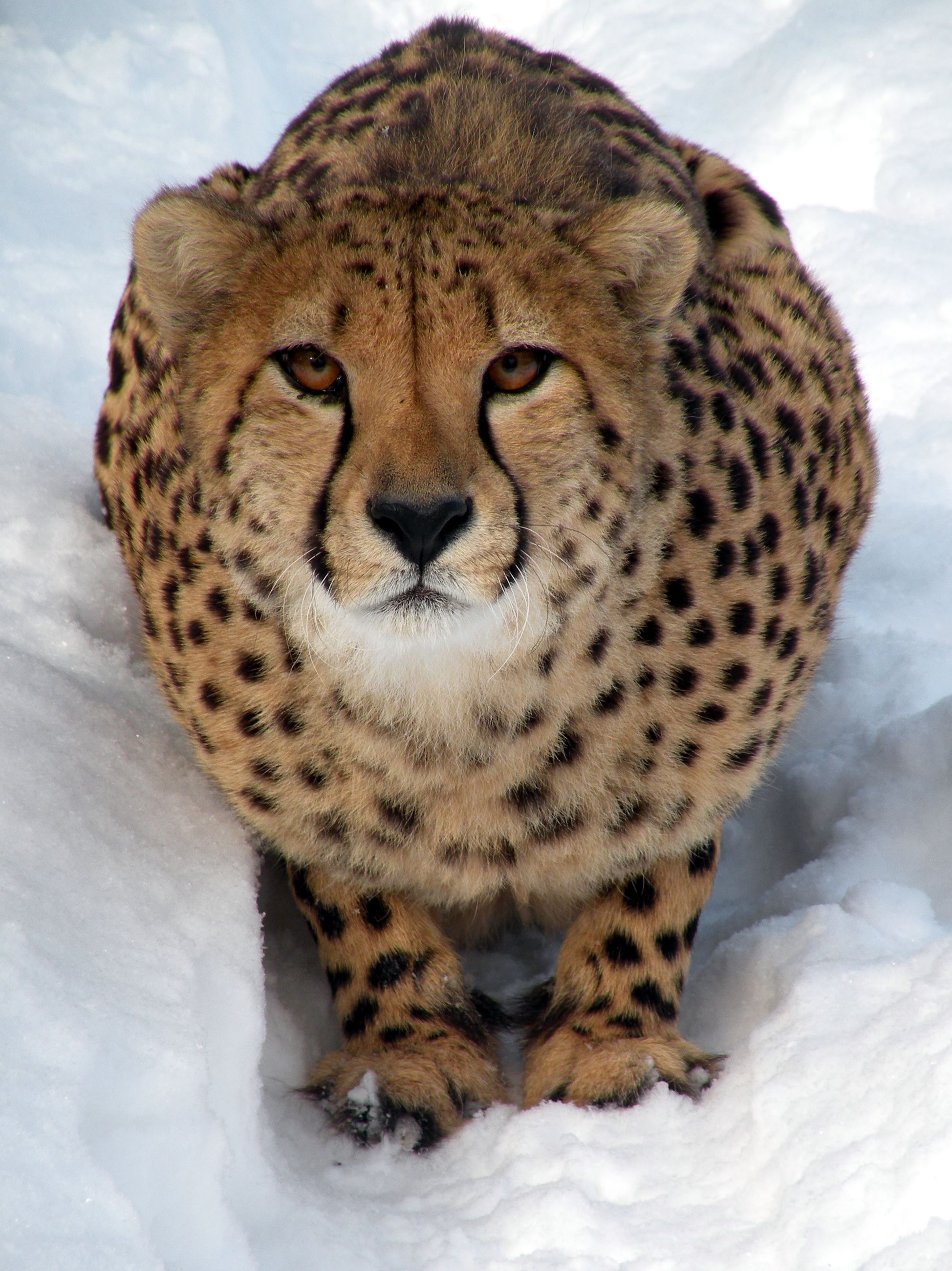 Habitat and Range: Grasslands and semi-deserts in Africa south of the northern most deserts. One small subspecies population lives in Iran.

Captive/wild Lifespan: Up to 12 Years in the wild and up to 20 in captivity.

Adaptations: Known for its speed, it tops out at 65 mph and uses it non-retractable claws to aid in sharp cornering while at these high speeds. It can reach its top speed in 3 seconds.

Conservation: Cheetahs face a number of threats including habitat loss and hunting for their coats, but the biggest reason for their decline is due to conflicts with local livestock farmers. Educating the local farmers on better livestock management will decrease conflicts between Cheetahs and farmers. The Cheetah Conservation Fund has made great strides with this by introducing livestock guard dogs to farmers, creating better fencing and housing for livestock and teaching farmers better means of livestock management. Cheetahs are also protected from hunting in several countries.

Did you Know: Due to some genetic defects it is believed that cheetahs went through a bottleneck effect during the last ice age. Meaning that they almost went extinct and the few that were left had to breed with each other causing inbreeding and the genetic issues seen today.

Here at the CMC Zoo: Brothers, Beenie and Buju were born on September 7, 2011 at the Cincinnati Zoo and came to live with us in November of 2013. Their keepers say they are very food motivated and can be told apart by their height and tail markings. Buju is the taller of the 2 brothers and Beenie has a large white tip on the end of his tail.