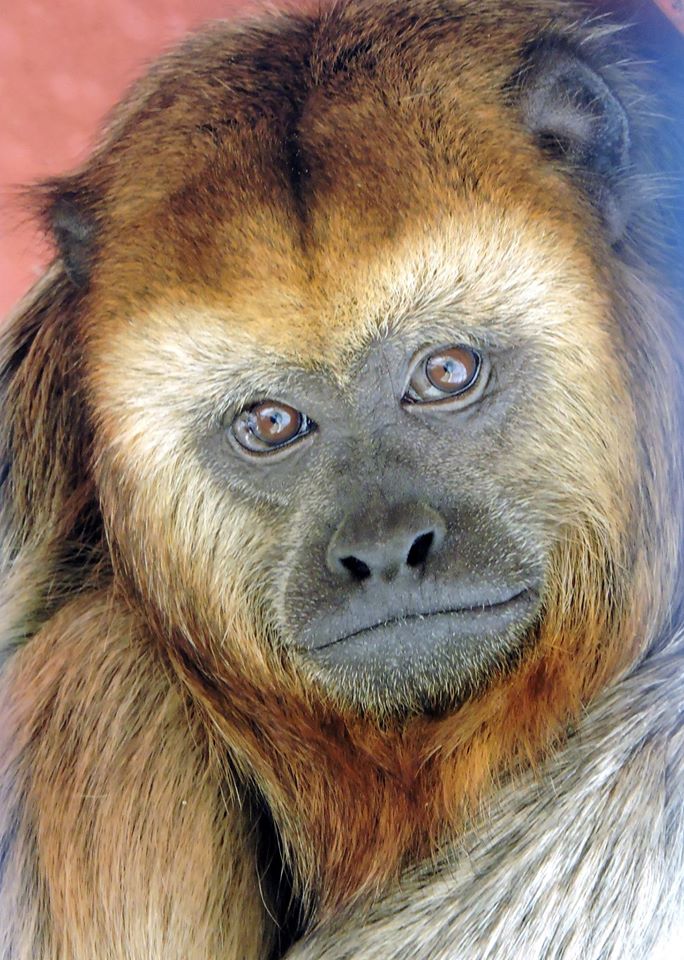 Captive/Wild Lifespan: Up to 25 Years.

Gestation: Breeding once per year one infant is born after 187 days.

Diet: Omnivore– 40% is leaves the rest is fruit, they are the largest leaf eating primates in south America.

Adaptations: Their tale is a prehensile tail and can support their whole body weight. Living mostly in the canopy it helps to have an extra “hand” to hold on with. The underside of the tail is even hairless with a gripping pad. Males and Females look are very different in both size and color. Males can weigh up to 18 pounds and are black, females are a little smaller with 12 pounds being a typical weigh. They are also gold in color, this is called Dimorphic coloration. Infants are born with the gold coloration and as they mature if it is a male will turn black.

Conservation: They live in many protected national parks throughout South America but no specific actions are being taken to directly benefit the Black Howler Monkey

Here at the CMC Zoo: We have a small troop of Howler Monkeys that call our zoo home. Ghelfing is our oldest, and mother to our two other howlers in the troop. Ghelfing was born on October 13, 1994 and came from the Pittsburgh Zoo in 1998. Her two offspring are Bert and AJ. Bert was born October 25, 2008 and his sister AJ as born on September 2, 2009. Their primary keeper said her favorite part of caring for them is they include her in their grooming sessions and make her feel like she is part of the troop as it is a social bonding for them.