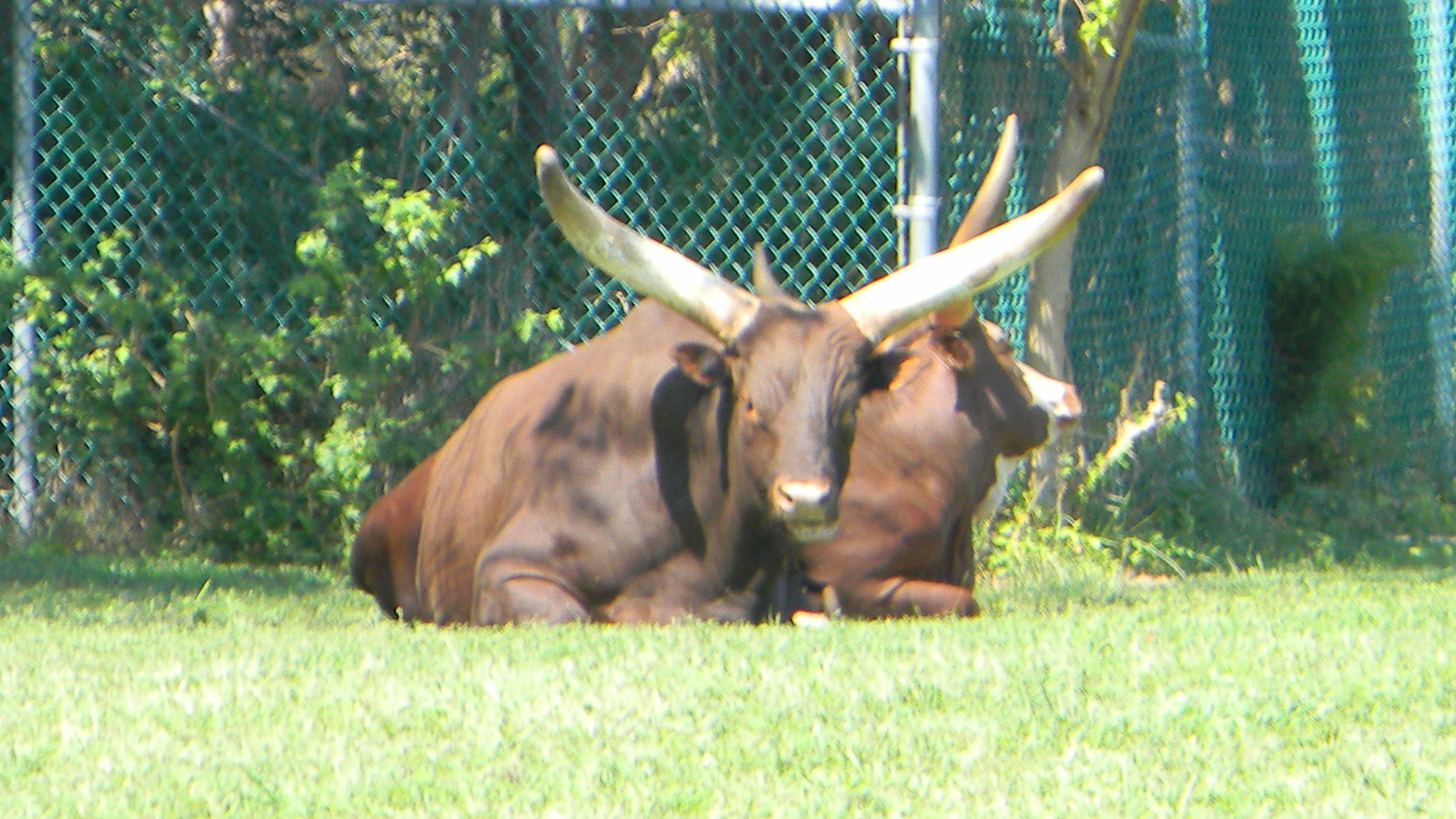 Captive/ Wild Lifespan: up to 20 years.

Diet: Savannah Grasses and leaves in the Africa

Adaptations: The horns are an adaptation to a hot climate and allowing dispersal of excess body heat.

Conservation: No threats on populations at this time.

Here at the CMC Zoo: In our family of 5, we have one cow, Bertha and one bull Jeff. Bertha was born September 1, 2010 and she was acquired from Lake Tobias Wildlife Park. Jeff our bull, was a private donation in 2008 and his birth date is unknown.Three calves joined us in September of 2015 also from a private donation. Although no longer calves, Darla, Spanky and Stymie are now bigger than Jeffrey and Bertha.