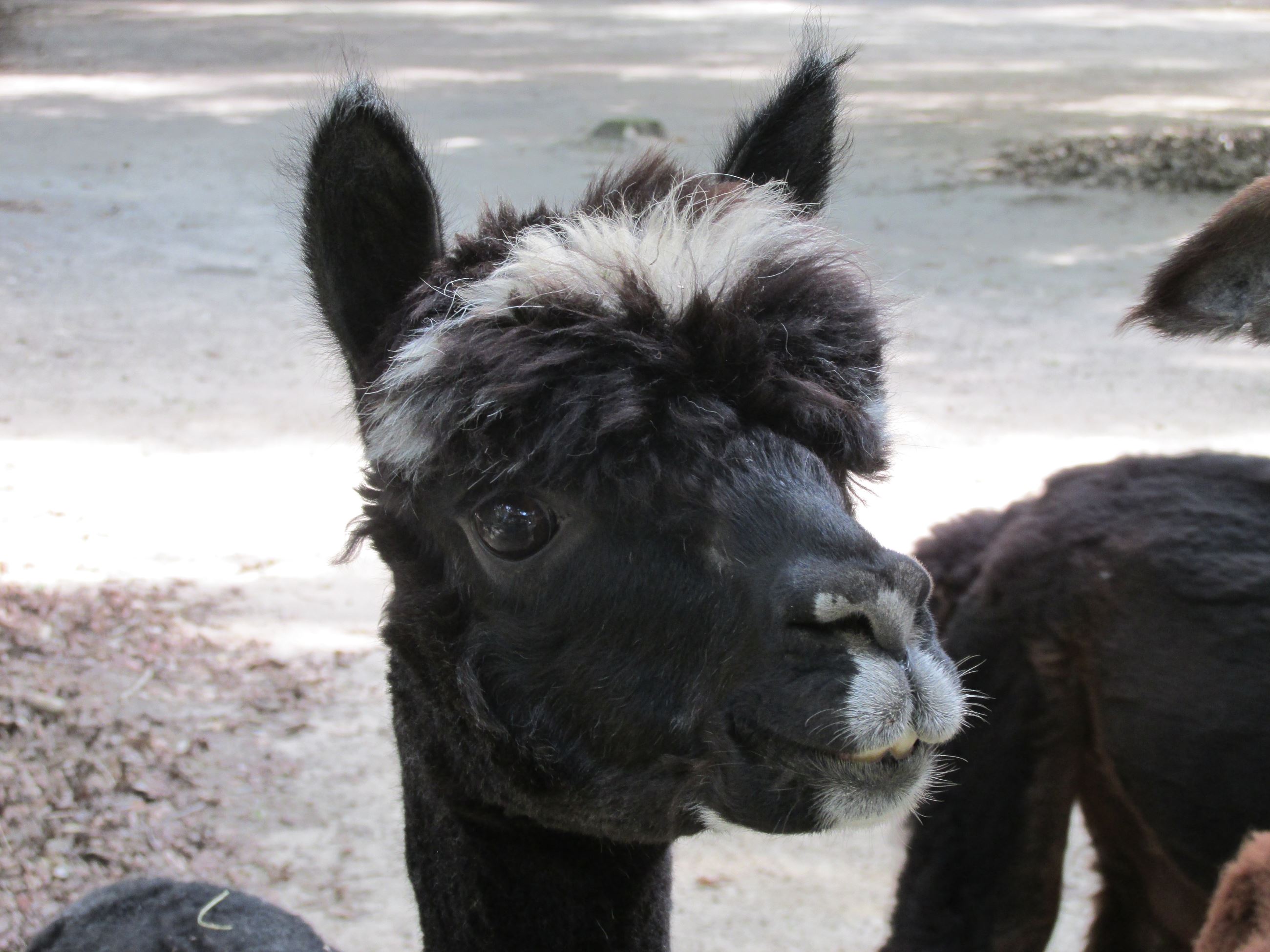 Gestation: 11-12 months. Usually resulting in one baby called a Cria.

Adaptations: Like all camelid species, this species can spit. Spit can be either the saliva that is in their mouth (usually clear) or it can be stomach contents (usually green) including stomach acid.

Did you Know: Alpacas are the second smallest camelid species, next to the Vicuña. There are no wild alpaca left in the world. They have been used by people for thousands of years and are considered domesticated.

Here at the CMC Zoo: Stanley is a special character. He gets extra excited for meal time and jumps around, sometimes jumping on his buddy alpacas. His best buddy is Norman who came from the same farm and at the same time as Stanley. They act like brothers and will occasionally fight like brothers do, then be best friends again the next day.