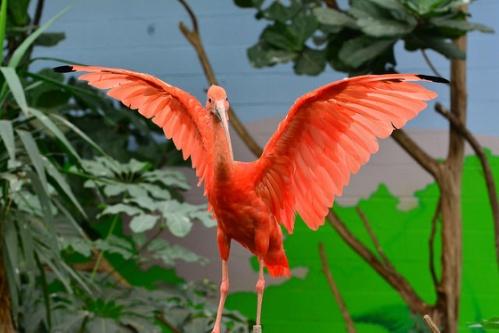 Range and habitat: Tropical wetlands, lagoons, and estuaries from Florida through the Caribbean and into Venezuela and Brazil.

Captive/Wild Lifespan: Up to 25 years.

Conservation: Population trends are decreasing but there is currently no specific conservation efforts for this species.

Did you Know: This is one of the most striking of all the Ibis species. They get their color from the carotene which is in the food they eat. Fossils of Ibis have been tracked back 60 Million years. It is the national bird of Trinidad and is featured on the Trinidad and Tobago coat of arms.